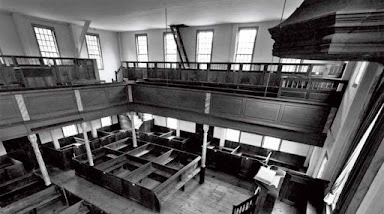 We’ve all heard the jokes about Presbyterian’s being anti-fun, the so-called frozen chosen. The seen, but not heard denomination. The post you are about to read is going to sound like it came from the official spokesman of the “Presbyterians against anything nice” coalition. Maybe it’s true, maybe I am the grumpiest Presbyterian alive, but my goal here today is not to get hits or cause trouble. Rabble rousers are boring people. Men who seek out controversy don’t have enough to do and they aren’t really seeking to win converts to their position. They just like to see the fight.

At the end of the day I’m really a harmless little fuzzball who just wants Presbyterians to be Presbyterians, Baptists to be Baptists, and Anglicans to be Anglicans. Good fences make good neighbors. If you know where the other person stands it makes it easier to know where you stand.

The topic I’d like to get into today is about the meeting space. Some call it the “sanctuary”, others the “preaching hall”, and whatever you want to call it is fine by me. I’m not interested in getting into arguments over words. There are legit reasons why some people demur from the sanctuary term, and why others like it as a description of where we meet for worship. Christians who are members of long-standing congregations likely are used to a more traditionally-expressed term than church plants and/or younger churches. But regardless of where you meet or what you call it there are certain things as Presbyterians we should expect to see, and not see.

In this brief piece I want to talk about some of the reasons behind the austere look favored by the Reformed, where it came from, and why it matters. To be sure there is a sense in which in the New Testament it doesn’t matter where we meet with God’s people. As men and women who descend from Covenanters who hid in vales and caves to lift up the psalms to the Lord and be fed by His word we should acutely feel that. This is also a very American, if not Western, question. I’ve never been to the nations of Africa, but it is a safe assumption through pictures and the witness of native believers that what is expected in Malawi is different than what is to be understood in South Carolina. Part of the beauty of Presbyterian worship is that you don’t need a fancy place with a bunch of pomp and circumstance. All you need is a Bible and Christians. The Scriptures contain the text for instruction and the book of songs to sing, the people have the voices to raise to Heaven.

What more do you need?

Having set the stage let’s get to…setting the stage. One of the first things that marks a Presbyterian meeting place is that the pulpit should be in the center. The Reformers replaced the altar with the stand upon which the Minister placed his Bible. The symbolism was meant to testify to the fact that the preaching of the word was at the forefront of Christian worship. Having a split chancel (two pulpits up front, one to the left and one to the right, usually one larger than the other) usually grants the central space to a table. This is a return back to the Roman rite. As vital and important as the Supper is to the souls of believers we don’t believe it is the primary means of grace. The proclamation of the gospel by a lawfully ordained minister is. It is also as a matter of history a strange thing for Presbyterians to venerate the meal in the way the Methodists and Anglicans do. In a perfect world where logistics were more capable of meeting the need Presbyterians would go back to the practice of taking the Supper at tables instead of via thimbles, but that is a different matter. To return to the main point we must remember that architecture communicates much truth. It speaks loudly to what is important. Where the pulpit is in the house of the Lord says something to those who are listening.

In light of this it is important to remember what our Standards say about who can speak from the pulpit in the worship of Christ on the Lord's Day. WLC 156 makes it clear that only those lawfully called and ordained are authorized to read the Word of God in worship. Logically this means that only duly ordained men are given this responsibility by the Lord. Women, children, and unordained men are not to be taking the Scriptures on their lips in the pulpit. 1 Timothy 2:12 and other passages likewise bear this out. The pulpit is the place where God speaks to His people and He does this through those He's set apart. A lot about what we believe about ordination comes to pass at this spot and at this time.

Another thing worth considering is how we dress the sanctuary. Here again history speaks. Go into any church building of age and one of the first things you will notice is how plain everything is. There aren’t tapestries, flags, crosses, organs, or other accoutrements splattered about. The walls are plain, the podium is bare, maybe having a few chairs and the pulpit. What was the wisdom behind this? Was it because they lacked the funds to make it pretty or is there something else, something more on purpose about it?

Our Biblical model comes not from the Temple, but from the synagogue. In the Book of Hebrews the Apostle Paul reminds us that with the coming of the Lord Jesus Christ it means the ceremonies and pageantry of the old covenant are fulfilled.

To return back to the beggarly elements is misguided, if not something worse. It is not only unnecessary to clutter up the worship space with stuff, but it detracts from the reason for why we are there. Here we see an expression of the great liberty we have under the new covenant. Not only are we allowed to eat bacon now, but we don’t have to go to Jerusalem either. Zion has come to us. Ostentatious displays take away from the glory of Christ. We are to focus on the word, not the plethora of stuff stuck everywhere. The sanctuary is not your grandma's living room. Tchockies are for Hobby Lobby, not for the worship of God.

Consider for a moment the warnings in Paul’s letter to Timothy about modesty. What is to be the mark of a godly woman? Is it to be her hair, her dress, her jewelry, or is it to be her good works and holiness before the Lord? The same can be said for our worship hall. What some may call boring and lifeless I would call making the main thing the main thing. Our joy and happiness on the Sabbath morning and evening should come not from the elaborate displays of outward means, but from the inward assurance of gospel peace.

Lastly the worship that happens in that room should emulate these principles as well. Really all that should take place in a Presbyterian service are the means of grace: preaching, singing, praying, communion, and baptism. Worship is not community information hour and it is not the time for introducing you to your neighbors. Hopefully you passed the peace before you sat down. Imagine how uncomfortable that is for visitors. It's also not the place for self-promotion and/or star search. We are all glad you can sing. How about the choir of God's people do it together?

If you think about it you don’t really need anything but a Bible, some water, a cup and bread, to accomplish what the Lord wants in His worship. The simplicity of this means that it is eminently portable. You don’t even need four walls and roof to get it done. You don’t even need electricity or A/C. The authorities could come tomorrow and ban the gathering of the people of God. Could you do what you do in worship today in a basement, or a cave, or prison? If it takes hours of prep to get it right is it really about Jehovah?

In closing, there are other things I could mention at this point, like there is no place for the American or Socialist Christian flag in a sanctuary. It is the Lord’s house, not Betsy Ross’s. However, this has gone on long enough already and the point has been made. If you don’t need it, you don’t need it. Rethink a bit about how your sanctuary looks, how your worship is ordered and remember we are Presbyterians, not Baptists, not Anglicans, and not Roman Catholics. We believe the word and the Word are sufficient for worship.

We don’t need anything else.

Popular posts from this blog

Elders are to Rule and Pastors are to Preach by Rev. Benjamin Glaser 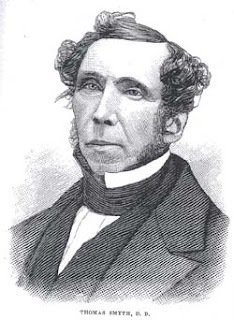 In a light-hearted post this last week my compatriot and dear friend, the Rev. Tim Phillips, posted a meme on an ARP Facebook page that opened up a discussion about the so-called "Three-Office" view and the "Two-Office" view. After much back and forth there was seemingly a lot that needed said. This is a question which has vexed primarily American Presbyterianism for over two-centuries. The issue I want to look at in this brief essay is: Why does this matter? What effect does one or the other have in real life? We'll look at one particular example, because to look at too much more would tax your time.      Often well-meaning people will push back at any discussion over things of this nature with the often misused phrase, "...it's like arguing over how many angels can fit on a pin!", implying that the value of the answer is so unimportant that spending much effort entering into the fray either gets in the way of ministry, or wastes vital time
Read more

Brothers We are Not Erastians, But We are Presbyterians by Rev. Benjamin Glaser 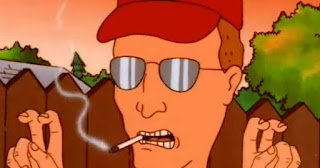 Boy howdy that was a year.  This past sixteen months was instructive in many ways. Those of us already distrustful of centralized power became even more so. Those of us who found comfort in existing relationships saw those strengthened. It was a time for clarity. The long term effects of the Covid panic won’t be known for a long time, which is why they are long term. The English language is funny like that. ;) So as most of our nation has returned to its normal wayward and idolatrous self I wanted to spend some time in my post for Seventeen82 thinking through two errors which poked their nose into the tent, ones  that we can go ahead and deal with without needing twenty years-time of reflection. ERASTIANISM How did Elizabeth II affect the Church in America? Well, let me tell you. The governing authorities made decisions for the Church in regards to Covid that they did not have the power to do, and that the people of God were not required to obey in accordance with Scripture and o
Read more